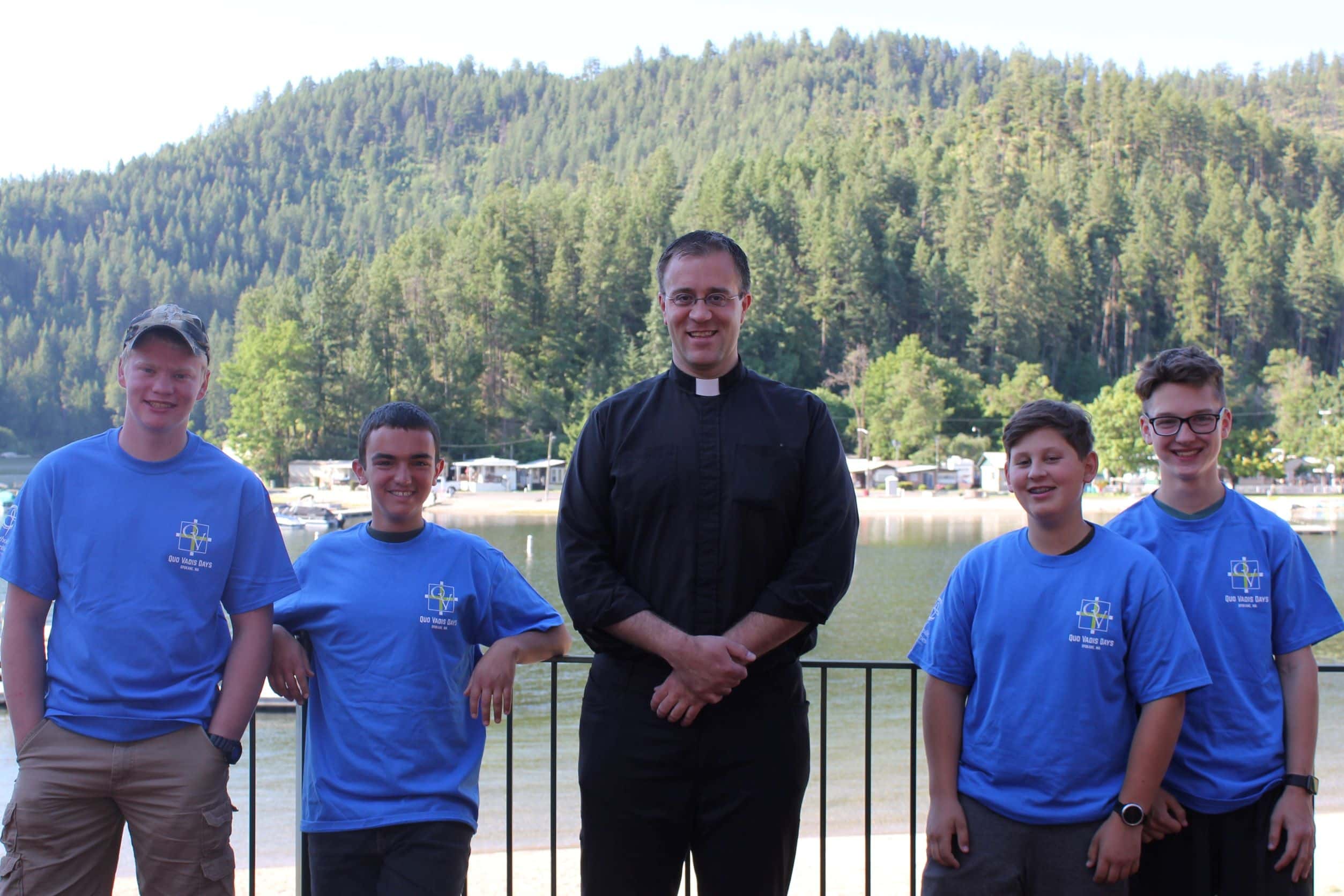 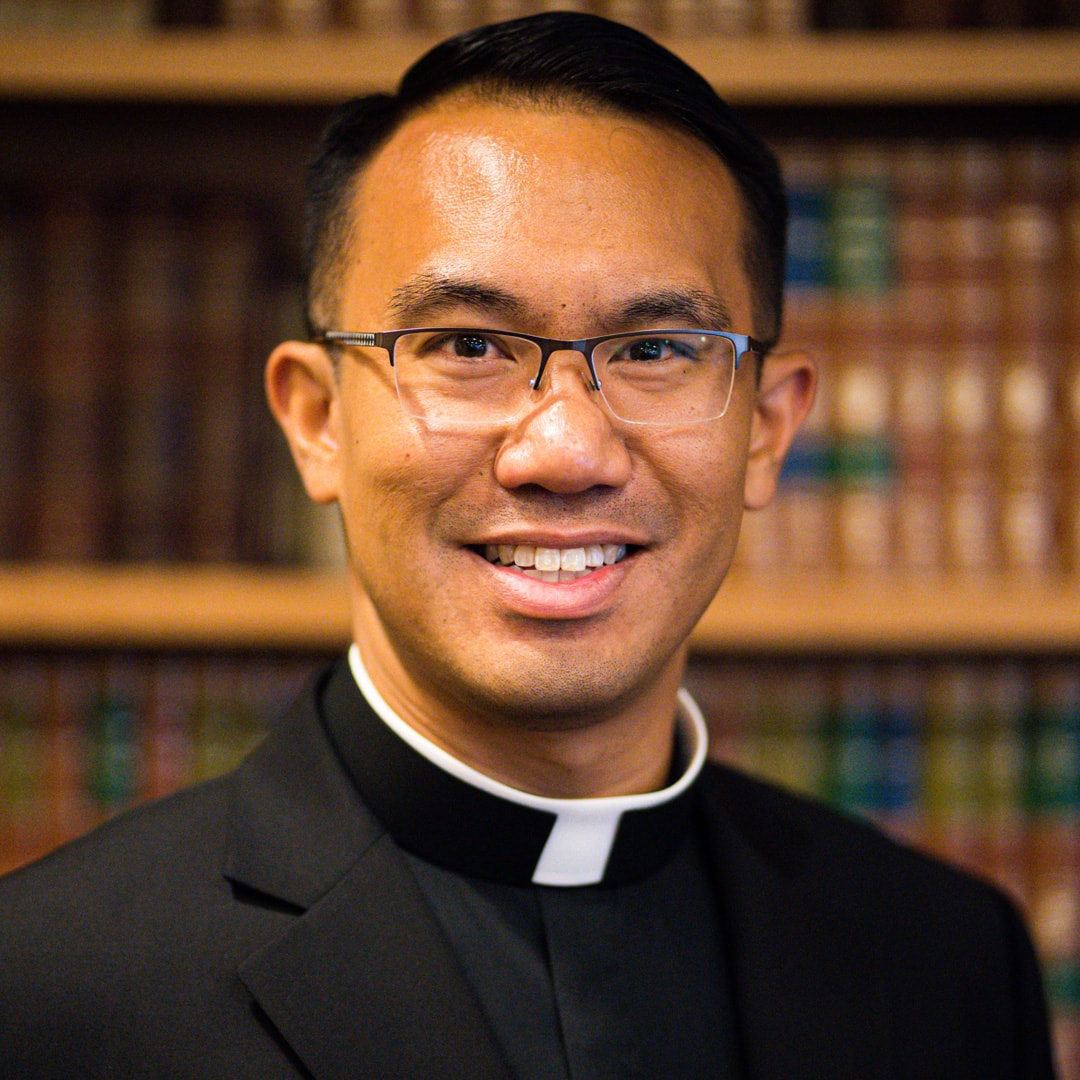 Photo above: The author, Fr. Jeffrey Lewis, with some members of his latest Melchizedek Project group at at the annual Quo Vadis Days discernment camp in 2021.

What is the Melchizedek Project?
The “Melchizedek Project” (hereafter “MP”) is a discussion-based program set up by Fr. Brett Brannen. It is based on his book To Save a Thousand Souls: a Guide For Discerning a Vocation To Diocesan Priesthood (hereafter “book”), included in the book as an appendix. Its format is as follows: four “semesters” over two school years, each “semester” comprised of seven meetings (preferably, these meetings are weekly across seven consecutive weeks), for a total of twenty-eight meetings.

Each meeting uses the book and the Bible as the basis for discussion, along with discussion questions provided in the MP. Meetings seem to be most productive when they last between ninety minutes and two full hours and when the MP group is comprised of no fewer than five or six boys or young men and no more than nine or ten.

Homogenous groups work best, such as high-school boys (ideally sophomores to start, so that they would be completing junior year when MP concludes) or college-age men (college freshmen or older). For group dynamics, having mixed groups or a broad range of ages would be counter-productive given the enhanced maturity and life experience of college-age men compared to their high-school counterparts.

The small-group leader can be a priest or deacon; he can also be a faithful layman. Given that the MP group is about boys and young men discernment seminary and priesthood, it is appropriate that a man lead the group. One small-group leader would suffice; a team of two could work as well, but it is not recommended to have more than two small-group leaders. And again, given the nature and purpose of the MP group, small-group leaders must be faithful, practicing Catholics in good standing with the Church and exhibiting total fidelity to Church teaching.

What Makes This an Effective Vocations-Promotion Resource?
MP seems to work for several reasons. One, by design, it involves regular ongoing contact between the group members and their leader and between the group members themselves over an extended period of time. This is opposed to the occasional vocations homily that a boy or young man might hear or the once-a-year summer camp and seminary “come-and-see” that are periodic and not regular and ongoing. The group members develop friendships (if they are not already friends), and the group dynamic invites a flourishing mini-culture of prayerful discernment among the group members.

Two, MP addresses very specific issues and questions that do not arise in vocations homilies, summer camps, and so on: issues such as celibate chastity, sexuality in general, developing a specific spiritual plan of discernment (which includes spiritual direction), and more.

Three, part of the overall MP program involves Eucharistic Adoration, visiting a seminary, attending a Chrism Mass or an Ordination Mass, and other prayer events and liturgies that invite a deeper discernment.

What are Some Practical Tips?
Some best practices include: